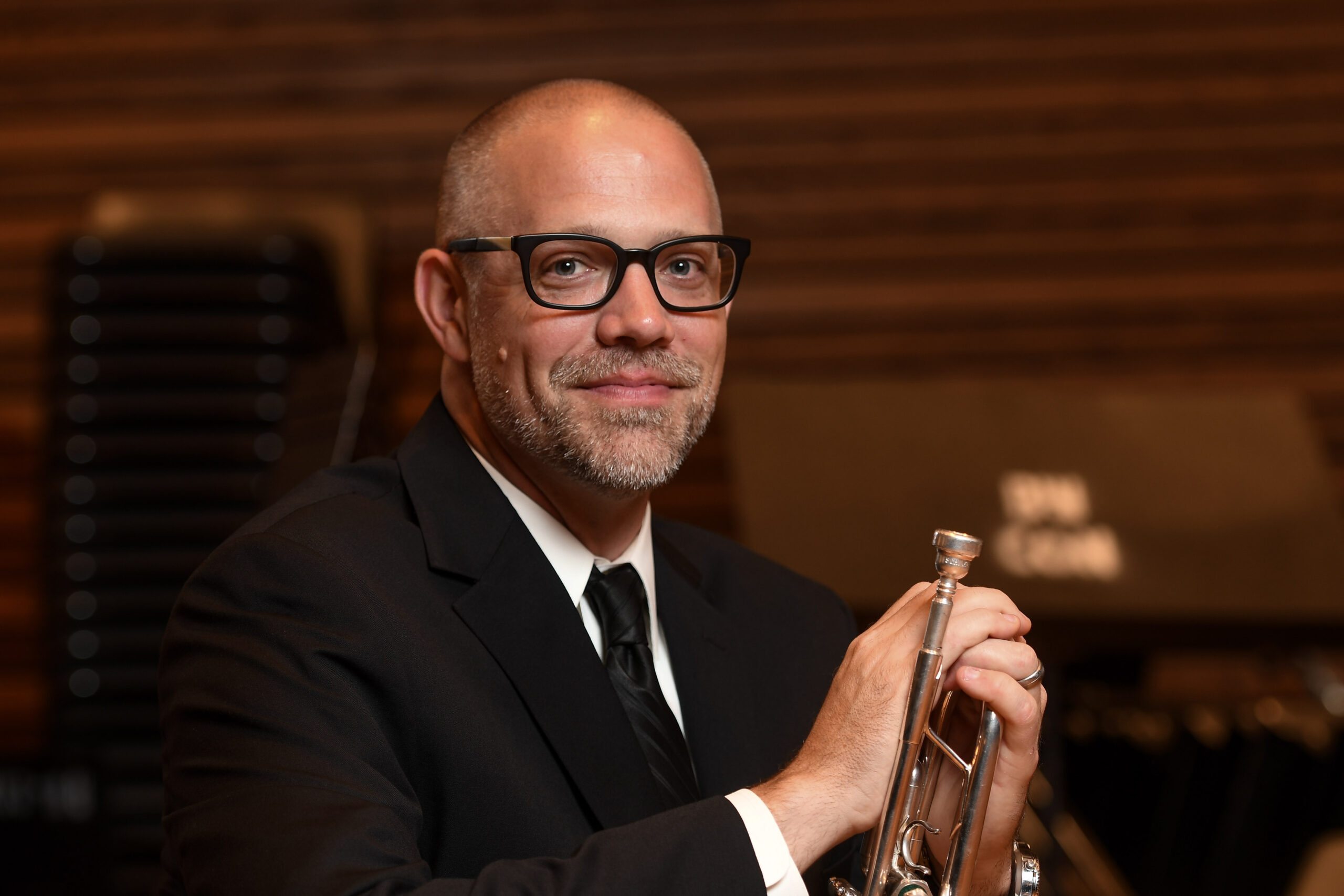 was born August 26, 1973 in Oconomowoc, Wisconsin. His mother, Nacye is a widely respected, creative music educator, and his late father, John Sutte, was a music educator and bassoonist. Both he and his sisters were encouraged to study violin and their choice of a wind instrument. Jack started Suzuki violin at the age of 3, and while his initial brass interest lay in French horn, Jack chose trumpet after his father showed him his collegiate, music education, Conn Connstellation trumpet.

Through his formative musical years, Jack studied violin with Patricia Anders and trumpet with Dr. Patricia Backhaus. The Oconomowoc School system provided a strong ensemble foundation for Jack, under the direction of David Reul and A.J. Hoefer, to name a few, as did his participation in the Milwaukee Youth Symphony Orchestra program. On the weekends throughout cities in southeastern Wisconsin, Jack and his teacher, Pat, would play with the Old Mapleton Circus Band. Jack also had the opportunity to solo with many Orchestras in the Milwaukee area, including the Milwaukee Symphony Orchestra, and was named a “most promising young talent” by the Milwaukee Journal.

Jack attended the Curtis Institute of Music (BM) and the Juilliard School (MM) where he studied with Frank Kaderabek and Raymond Mase, respectively. His other trumpet teachers include: Chris Gekker, at The Aspen School of Music, and J. Craig Davis, and Michael Davison, at the Interlochen Arts Camp. Jack made his international solo debut with the Orquesta Sinfónica U.N. Cuyo, Mendoza, Argentina with the Hummel and Telemann Concertos, and later performed Bach’s Brandenburg Concerto No. 2 with the Orquesta Sinfónica de Chile, Argentina. Following his Master of Music degree at Juilliard, Jack was appointed Principal Trumpet with The Bergen Philharmonic, and shortly thereafter, was appointed Second Trumpet of The Cleveland Orchestra by Christoph von Dohnányi.

Jack has also performed as a soloist or in duo with: The Cleveland Orchestra, Symphony in C (Haddonfield Symphony), Baldwin Wallace Symphonic Wind Ensemble, Milwaukee Youth Symphony Orchestra, Cleveland Contemporary Youth Orchestra, among others. As well as performing on Cleveland Orchestra recordings from 1999, Jack can be heard in Paul Rudy’s …and every island and mountain were moved from their place…, Capstone Records, Society of Composers, Inc. “Inspirations” CPS-8690, and Ned Rorem’s Eleven Studies for Eleven Players, New World Records 80445-2. A proponent of contemporary music, and a Schilke Artist, Jack Sutte has released three CDs: Beyond the Moon, featuring music for trumpet and piano, along with Fanfare Alone and BENT, both unique collections of new and storied works for unaccompanied trumpet.

Upcoming solo projects include the CD and streaming release of METTLE – SonataPalooza I, Volumes I-IV, and Litany of Breath, a solo CD recorded during the 2020 Covid-19 Pandemic.

Mr. Sutte teaches at the Baldwin Wallace University Conservatory of Music and at Cleveland State University. He is a founding member of the Factory Seconds Brass Trio, (www.factoryseconds.org), and is striving to learn the sonata canon written for trumpet and piano.